General Information about KUSS in English

KUSS (Kultursommer Südhessen e.V.) is a collaboration of five southern districts of Hesse (Bergstraße, Darmstadt-Dieburg, Groß-Gerau, Odenwald, Offenbach) and the city of Darmstadt (City of Science) to create and promote cultural events within the area. Each year, KUSS publishes a calendar which contains information about promoted events ( Edition: 22.000 copies) from June to September. KUSS organizes many event series such as “Tage der offenen Ateliers“ (Art Studios’ Open Days) , “Kleinkunst auf dem Land“ (Cabaret in the Countryside) as well as the “Domorganisten an Südhessens Orgeln“ (Cathedral Organists Play the Pipe Organs of South Hesse). KUSS is very active in creating and promoting events for children and youth including the series of events “Junger KUSS” (Young KUSS).

2. What is the history of KUSS?

The first Summer of Culture in South Hesse took place in 1994. It was organized by the Kulturförderkreis Südhessen (the association to promote cultural events in South Hesse) which included the districts Bergstraße, Darmstadt-Dieburg and Odenwald. The initiative came from the Minister of Arts and Science at the time, Prof. Dr. Evelies Mayer, and from the former District President Dr. Horst Daum, setting a landmark in the cultural policies of South Hesse.

3. Who is part of the Committee?

The current head of each regional authority (Landrat) and the mayor (Oberbürgermeister) of Darmstadt (City of Science) are the representatives of the committee. The president of Darmstadt’s Regional Council (Regierungspräsidium Darmstadt) is also in the committee as an advisory member.

4. Who is the Chairman of the Board?

The cities Dieburg and Erbach as well as the municipality Fischbachtal act as supporting participants of KUSS.

6. Are there any honorary members?

Horst Schnur is our honorary member. He is a former Odenwald District Administrator who was an active participant in founding the association and had served as the chairman of the board for several years.

7. Is there a Board of Trustees?

There has been a Board of Trustees in place since 2000 in order to support the ideals of Kultursommer Südhessen and, at times, to support projects materially.

One or two employees of each participating district and the city of Darmstadt (City of Science) work for KUSS - in addition to their usual tasks - and form a working group that meets approximately every six weeks. This is where the KUSS program is developed and then submitted to the Executive Board for approval.

The requirements of promoting events are published on the section “Veranstalter” of the website: www.kultursommer-suedhessen.de

Anyone who wishes to promote an event needs to fill out the application form on the website and send it in online prior to the closing date. The online application form must be filled out with information of the planned project (type and content, place and date, costs and finances etc.)

Projects which fulfill the aforementioned criteria are eligible to receive financial assistance, up to 30 percent of costs (as long as sufficient funds are available), from KUSS. Projects initiated by KUSS and managed by local organizers could be granted a higher subsidy. Even if the project does not receive financial support, there is the possibility that it could be included in the event calendar.

Artists who wish to participate in the Open Studios’ Days also need to fill out the online application form and send it in on time.

The aim of KUSS is to promote diverse cultural resources of the region and, in doing so, to create a more welcoming atmosphere for local artists in South Hesse. Many characteristic features of South Hesse have been taken into account, namely the numerous historical monuments in the area which are often located in a natural setting. Here visitors are offered an array of cultural events such as concerts, theater, lectures and readings. Our sponsored events give regionally and nationally renowned artists the opportunity to get recognized. Further guest appearances by non-local groups can stimulate discussions and might open the doors to new ideas. The promotion of regional initiatives and encouragement of young talent is a top priority of KUSS.

Our wide spectrum offers the general public many opportunities to participate in the cultural diversity of the region. As the original idea was, and remains, to encourage more cultural events in the entire region, only a small part of funding is distributed to the city of Darmstadt (City of Science).

11.  What does KUSS provide for artists and organizers?

It is financed through:

The Darmstadt Regional Council supports the KUSS by providing premises for the administrative office.

Do you have any further questions? 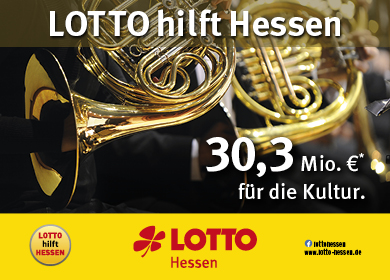